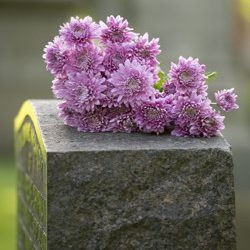 Rodney Heniy Westleigh,77 Of Greenwood,passed on April 4′ .2017
At cnimc hospital from comph!cations of heart surgery with his family by his side.
He was born in West Bethel,March 14*. 1940 to George Reginald Westieigh
And Madeline Hope Mckenzie.
He worked as a boy in the woods with his farther with horses and then in 1959 as a
forman at Mamis Mill in Bryant Pond for many yeai-s.Then worked at A.W.Walkers in
South Paris and on area farms, Verna Millet famr in North Norway,Coffin farm of West
Paris and at his time of his death Cooper farms in West Paris making quality hay that he
took pride in.
He and his son inlaw Rickie Osgood had started a horse logging business.R&R Horse
Logging for years.He had a business he started in Greenwood the Inch By Inch Farm were
he sold grain,butter,eggs and meats.
He always had a passion for horses and cattle.He loved hunting and horse pulling at the
fairs.He will be missed by many and especially his best friend and side kick Chris
Cooper.
He is survived by two ex wives Geneva Westieigh and Lisa Westieigh, a daughter
Melissa and her husband Rickie Osgood Sr.,son inlaw Rusty Clark,son Reginald and wife
Bobby-joe Westliegh,sons Rodney,Robert,Guy and Thomas Westleigh,step daughter
Tammy and husband David Goodwin and many grand and great grand children.
Predeceased by both parents a brother Reginald and Linwood Wesleigh and a daughter
Melinda Clark.
A celebration of life will be at the American Legion Post 151 in West Paris,Saturday
April ] 5”\at i pm.Grave side services wall be at a later date at West Bethel.
Arrangements by Cliff Gray Cremation & Funeral Services, 60 Andrews Road, Bryant Pond, Maine.